Responsive CSS: Separate or Mixed In 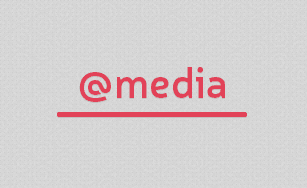 There’s been some debate since responsive web design became the norm as to whether or not you should put your responsive styles into a separate file or just mingle it with the rest of the code.

For those new to responsive design it can be hard to make a choice. I would recommend trying both on the same project, (If you’re using Git or Subversion then make a branch). That way you’ll get a feel for each without any unforseen roadblocks stopping you from fully experiencing both.

There are benefits to each, here are a few.

It’s really a matter of opinion at the moment as many different front-end developers have their own way of working.

Even to just change a link color I had to add 3 layers of class selectors at times (I try not to go any deeper than 3 levels) which wasn’t very practical.

It’s up to you which method you choose since both have pros and cons to consider, but remember that the mixed in approach is better in theory when trying to make your code modular and maintainable.

I really want to hear your thoughts so leave a comment about your approach to this responsive problem.